(Today’s post is an explanation for my long blogging absence. In my next post I will resume sending postcards from the Heartland.)

It’s true. Two years ago I gave up teaching preschool (with an admitted sigh of relief) to write a story that wouldn’t leave me alone. I had no idea how to write for publication. I’d never studied the structure of a story. Still, this plot demanded my attention. A little girl with a big gift for music. Her older sister awaiting a husband’s return from war. The tragedy that tears them apart.

Before I made the big leap, I lined up a few resources:

Within a month, I met fellow rookie Shannon Phipps, who had quit her job to write a movie script. We began to meet regularly, to edit one another’s work and share our professional lives. I count on Shannon to tell the truth with my best interests at heart. We are invested in one another’s success.

The first year, I wrote a book, a romance with three plot lines: A daughter, a mother and their Aunt Lottie.  I told the story in a hyper-efficient 54,000 words (about 150 pages), and finished in April. My test readers were kind. They liked the romance, but they loved the old lady. When Rebecca finished editing, she said, “It’s clear you like Aunt Lottie best. Why don’t you start again, and make her your main character?”

It took twenty-four hours to admit Rebecca was right. I started over. I didn’t even mind very much, because it meant I could spend my days in Depression-era Iowa, with young Lottie and her sister Helen, and their colorful family and friends.

This time I used everything I’d learned about my craft, and felt pretty confident when the HACWN writer’s conference rolled around in November. I paid for a professional critique, hoping (like any writer) to hear how wonderful my story was.

No such luck. The editor who critiqued my first twelve pages found something to correct in every paragraph. To my chagrin he even pointed out mistakes I knew better than to make, like using too many exclamation points!!!

I felt raw. Disappointed. And motivated. I wanted to do right by Lottie’s story. If I needed to change, I would change.

The following week I bought a piece of poster board. Using colored Sharpies, I listed all the rules I’d learned about writing fiction and tacked the poster to the wall above my desk.

Then I edited 40% of the words out of my manuscript, and continued to write.

In January I set aside this blog so I could concentrate on the book. Even so, it took another six months.

I finished Lottie’s story at the end of June and spent another two months in editing. I now face the task of writing proposals and sending them off to agents, editors, publishers. By God’s grace, I have several doors to knock on. I’m optimistic and braced for rejection all at the same time. It’s exhausting.

Whatever happens, I can never regret this writer’s journey. I seized the day, and it has changed my life.

Have you stopped waiting for tomorrow? What dream are you acting on right now? 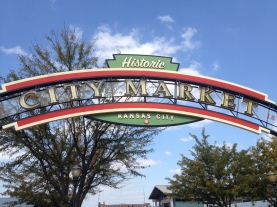 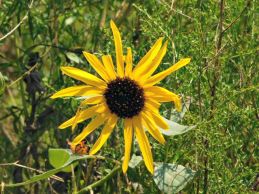