How To Conduct Historical Research (In Ellis County, Kansas)

In July I traveled to Hays, Kansas, to do historical research for my current work in progress. I learned a great deal, not only about the history of Hays, but also about best practices for a research trip. Though I was only gone overnight, I managed to work in a little sightseeing, which I’ll share with you in the coming weeks.

Although I set my new series in Kansas City in the 1930’s, the main character of Book One is a woman from Ellis County, Kansas. She’s a farmer, born and raised on a prosperous farm in the county. How she lands in Kansas City, and whether or not she will choose to stay, is the whole point of her story. I’ll leave the specifics alone for now.

I chose Ellis County deliberately. It’s far enough away from Kansas City that my character would be viewed as a stranger. I needed her to be a fish out of water with a neutral point of view as we get to know KC under the Pendergast machine.

The railroad runs through Ellis County, another point in its favor. My main character needed a simple way to leave home. And in 1896 the city of Ellis elected the first all-female mayor and city council in America, an indication of a good tolerance for strong women.

The trouble is, I’d never been to Ellis County. Hence the need for a research trip.

As you can see from these photos, Ellis County’s glory days took place long before the 1930’s. Hays City was founded in the late 1860’s as the western terminus for the Union Pacific Railroad. The town attracted its share of rough characters, including Buffalo Bill Cody and Wild Bill Hickok. During that same era Lieutenant Colonel George Custer was assigned to Fort Hays, the army outpost at the edge of town.

The wild west is probably the most popular history topic in Hays and Ellis County, but the Volga Germans run a close second. I hadn’t much use for the former, but the latter interested me very much. In 1876 a group of German immigrants from the Volga River region of Russia settled in Ellis County. They were farmers whose ancestors had moved from Germany to Russia at the invitation of Catherine the Great a century before. The Volga Germans founded several settlements in the county, thus bringing new layers of civilization to the area. My main character would very likely have had ties to this ethnic group.

A few weeks before my trip I called Betty at the Ellis County Historical Society to set up a visit. Together we settled on a date and time, and I gave her the topics I wanted to research, namely the railroad, farming practices, and the Great Depression. When I arrived, she’d already pulled the pertinent files out of the Historical Society archives.

You might be wondering why I felt the need to drive all the way to Hays and foot the bill for a hotel. Couldn’t I have asked Betty a series of questions and had her email the answers? An email exchange sometimes works very well. This time an in-person visit was the right move for two reasons.

First, I needed to experience the place in order to understand my character. I needed to see the farmland, watch dust rise from dry city streets, and listen to the cadence of local speech. I wanted to know what parts of the county’s history have been preserved and even celebrated. I can’t do any of that from the safety of my home office.

Second, I needed to be flexible in my research goals. For example, while I was researching farming practices in Ellis County I ran across two more topics of interest: The dust bowl, and oil wells. By being on-site, it was a simple matter to ask for more information about those subjects.

This played out another way. When I finished my time at the historical society, Betty recommended I check out the Kansas Room at the Hays Public Library. I followed her advice and met Jeremy Gill, the librarian in charge of the regional history special collections. He invited me to come back the following morning for a meeting of the local genealogy group. One of the group members is the director of the railroad museum in Ellis.

And there it was: Pay dirt. I didn’t even know there was a railroad museum in Ellis. I wanted more information on passenger trains of the early 20th century. And now I had the chance to meet a railroad museum director! None of this would have happened if I had stayed home.

I did return the next day. I met Kellie Crnkovich of the Ellis Railroad Museum. She gave me her email address and offered to find answers for my questions. Kellie’s input was so important, because she told me the passenger trains didn’t stop in Hays. They stopped in Ellis. Though Hays was always the bigger city, Ellis was determined by the railroad to be exactly half-way between Kansas City and Denver. The trains switched over from central to mountain time in Ellis. So my female farmer didn’t catch the train in Hays, as I assumed. The whole first scene of my novel had to be edited for historical accuracy.

This may not seem important to the average reader, but there will always be people who know their history and care about the details. As an author it’s my job to get things right.

(Above) More bits of research gold 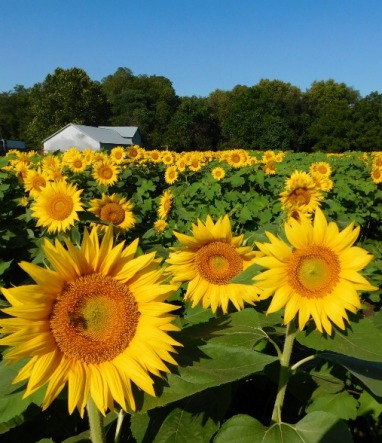 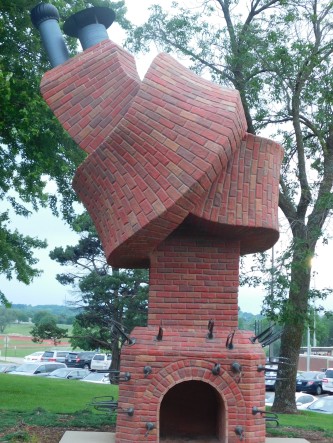 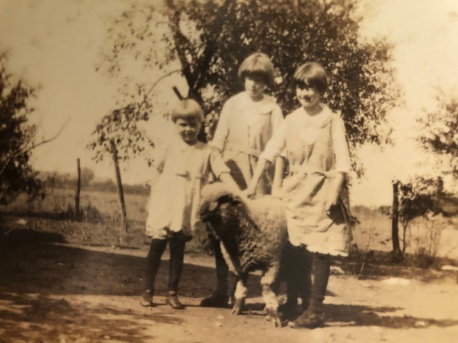 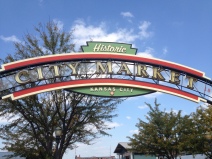 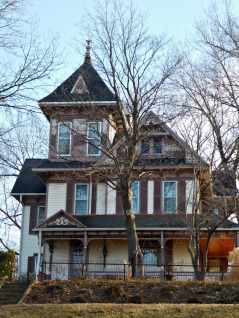 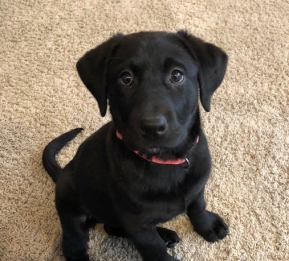 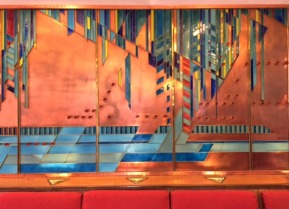 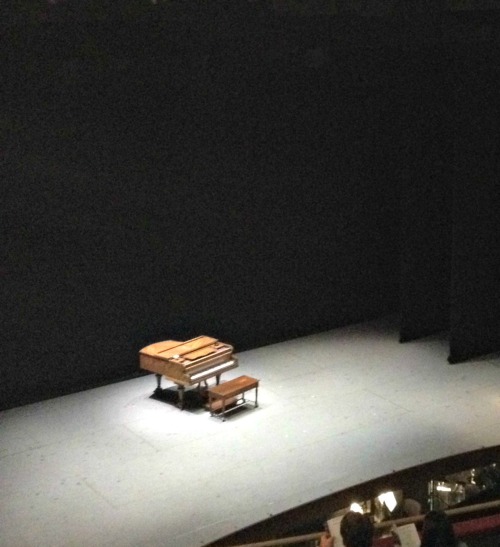 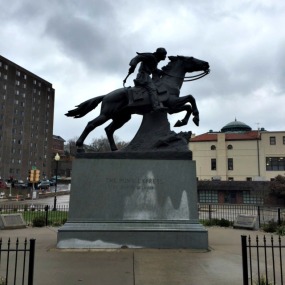 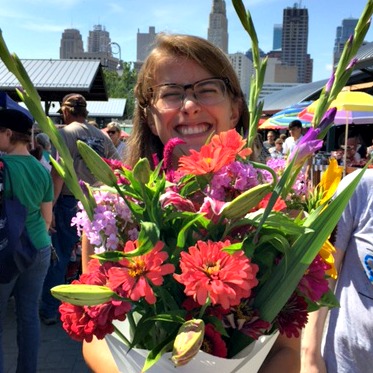 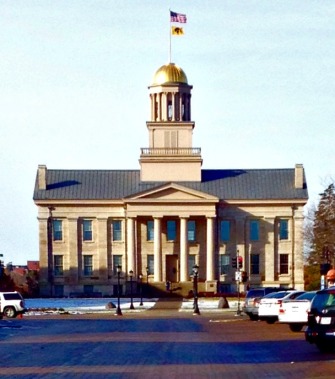 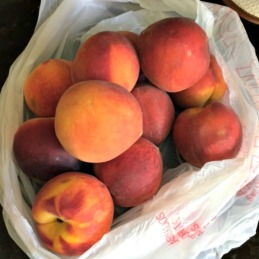 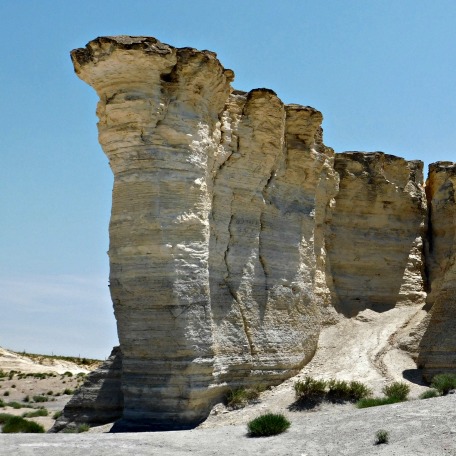 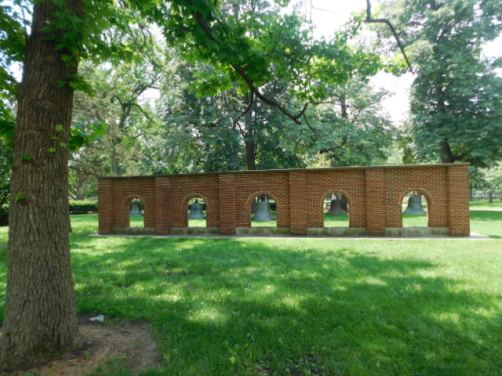 Feels like fall out there. Yesterday we could hardly breathe the stuffy air. Today’s air feels crisp in my lungs. We’ve turned a page. We’ll still have warm days, but summer is past.
The Midland Railroad Hotel is featured on the blog today. I’d stay there again in a heartbeat! Here are a few extra pictures to whet your appetite. If you want to know about the phone booths you’ll have to read my post. See the link in my bio or go to JaneMTucker dot com.
If you were in Boston for just 24 hours where would you go first? To the Make Way for Ducklings sculpture in Boston Public Gardens?
Jon and I are sitting in an airport hotel in Providence, RI, preparing to fly home tomorrow after a wonderful vacation. I took him to Newport, where my naval officer dad was stationed when I was in elementary school. Aquidneck Island holds a special place in my heart, and it did not disappoint! We walked the beach, hiked along the coastline, and ate seafood to our hearts’ content. To top it all off we shared the adventure with my lifelong friend Susie, who lived across the street from me in those long-ago days.
New on the blog: Saint Fidelis Basilica, the Cathedral of the Plains. I always wondered about the spires on the horizon at the Victoria, Kansas exit off I-70. Beautiful building! A story of immigrant faith and fortitude.
Today’s blog post is about my research in Hays, Kansas. I learned so much about the history of Ellis County and how to run a successful research trip!