A Tour of St. Joe 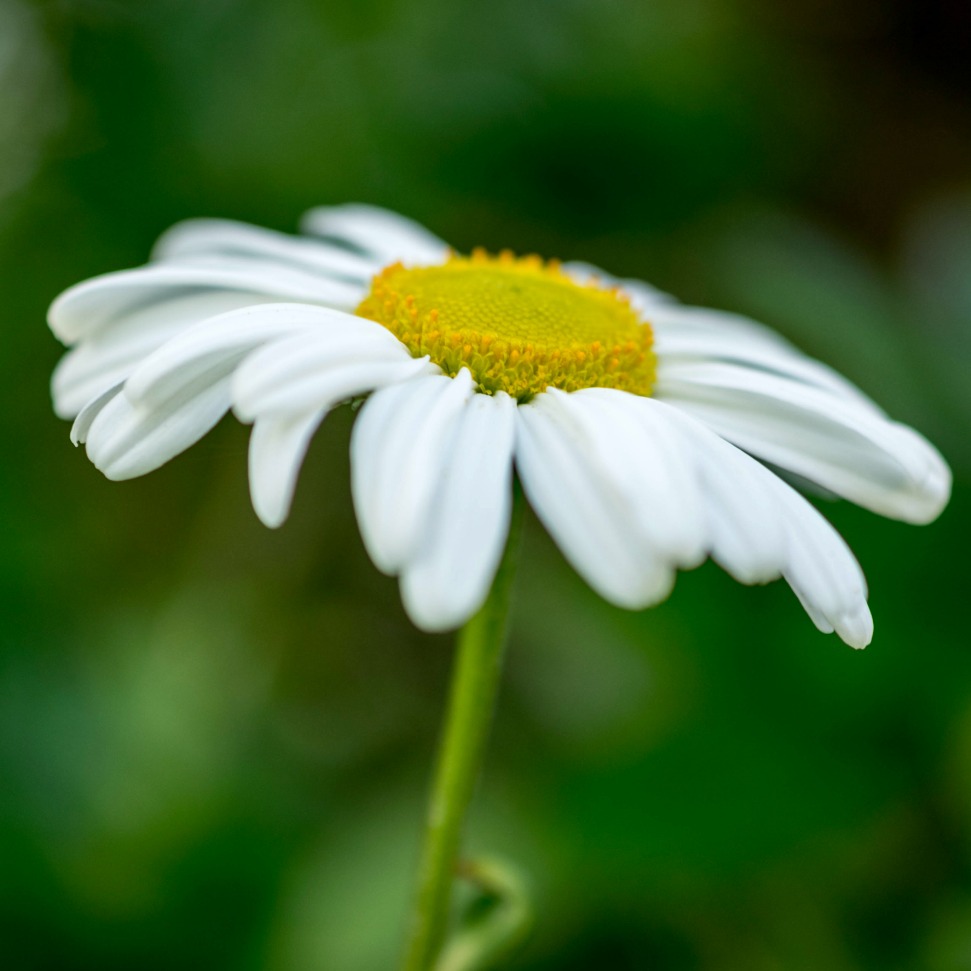 One minute I was skipping through a daisy field, stopping every few steps to sniff a bloom. The next, I was flat on my back at the bottom of a well with no idea how I got there.

Four significant losses in the space of a month. Two funerals, one heart-wrenching veterinarian appointment, and a painful visit with a good friend. Boiled down to bare essentials, the list doesn’t take up much room. Which is odd, because it currently covers every inch of my emotional white board.

This is my third—fourth?—attempt to write about Black December. I start by describing each tragedy in turn, and then I get stuck. Here’s what stops me: I haven’t found a moral to this story. I have no lesson to share, no bullet points for personal growth, no edifying summary. I can’t justify parading all the sad details in front of you without some sensible purpose.

None of these losses make sense.

So instead of wallowing in Black December, I’ve decided to share something entirely different: The memory of one beautiful day.

The day before it all began.

Come to think of it, the day was not beautiful. The sky threatened rain that late November morning. A cold Kansas wind blew my van sideways across the interstate as I drove north to St. Joseph, Missouri. I’d requested a tour of the old river town from longtime resident and author, Cindy Richardson. 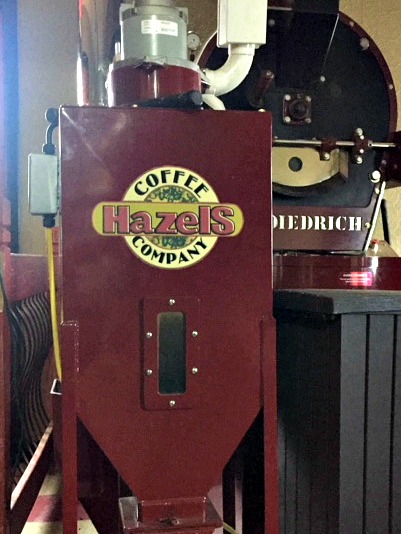 We met at Hazel’s (4001 Frederick Ave.), a magical coffee shop where they roast their own beans. Cindy mentioned our intentions to the girl behind the counter, and she sent the owner to our table for a chat. We asked Cheryl to recommend good places to visit. Her top pick? The Glore Psychiatric Museum (3406 Frederick), dedicated to the historic treatment of mental illness. You can read more about this respected museum here. We decided to concentrate on other matters.

Our tour began at City Hall (11th and Frederick), a stately 1927 edifice that reminded me strongly of Kansas City’s Union Station. The surrounding parkland includes a Peace Officer’s Memorial, a war memorial, and a small-scale replica of the Statue of Liberty, all worth exploring even on a blustery day.

The wind blew us across the street to the Pony Express Monument (9th and Frederick). St. Joe was the headquarters of the fabled Pony Express, which provided fast mail service between the eastern states and California.

The monument is separate from the Pony Express Museum (914 Penn Street). The museum, which I visited a few years ago, is located in the stables where riders began their cross-country route. I highly recommend the tour, which combines nicely with the Patee House Museum and Jesse James Home (12th and Penn) for a daylong dive into Western history.

Downtown St. Joe is filled with impressive public art. Cindy introduced me to the Sculpture Walk, an outdoor exhibit combining the work of artists from all over the United States. Here are two of my favorites:

Grannie’s Garden (l) is located across the street from Coleman Hawkins Park, which honors the legendary jazz saxophonist and St. Joseph native. River Queen (r) stands much closer to the riverfront she represents.

Several downtown murals depict the city’s history. Days of Civil War, visible in the background of the River Queen photo above, and Queen of the River Towns, King of the Trails (below) are both by artist Sam Welty:

Cindy’s tour of St. Joe included street after street of beautiful old homes from the town’s 19th Century heyday. She told fascinating stories of history and city politics that only a St. Joe insider would know. She pointed out the streets named after city founder Joseph Robidoux’s children, and Barbosa’s Castillo, the Mexican restaurant which began in somebody’s house.

One last stop rounded out our personal tour. Lovers Lane is notable mainly for inspiring a famous poem by Eugene Field, but also for the beauty of the surrounding neighborhood.

Our day ended as it had begun, at Hazel’s. We parted on excellent terms, and I promised to send a post for her approval the following week.

Then I skipped home across my proverbial daisy field.

And fell down the well.

Don’t cry for me, dear reader. After Black December a brighter January has dawned. I’ve emerged, cold and damp but alive, to meet the New Year.

I wish you a belated Happy New Year, wherever you may be. 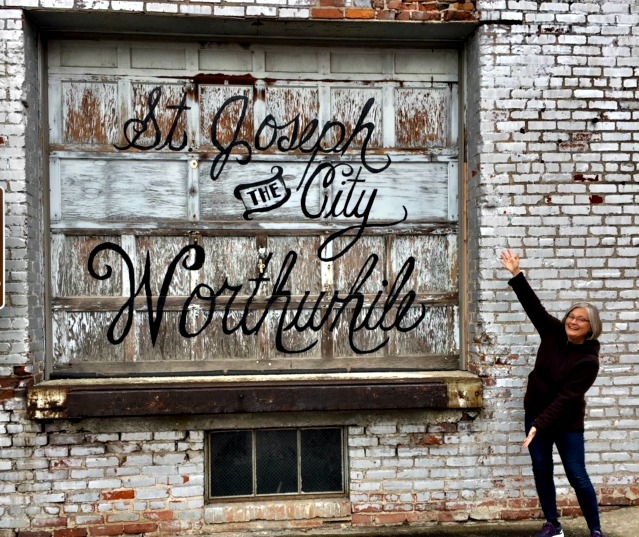