Christopher Robin went down with Alice.

Alice is marrying one of the guard.

“A soldier’s life is terrible hard,” 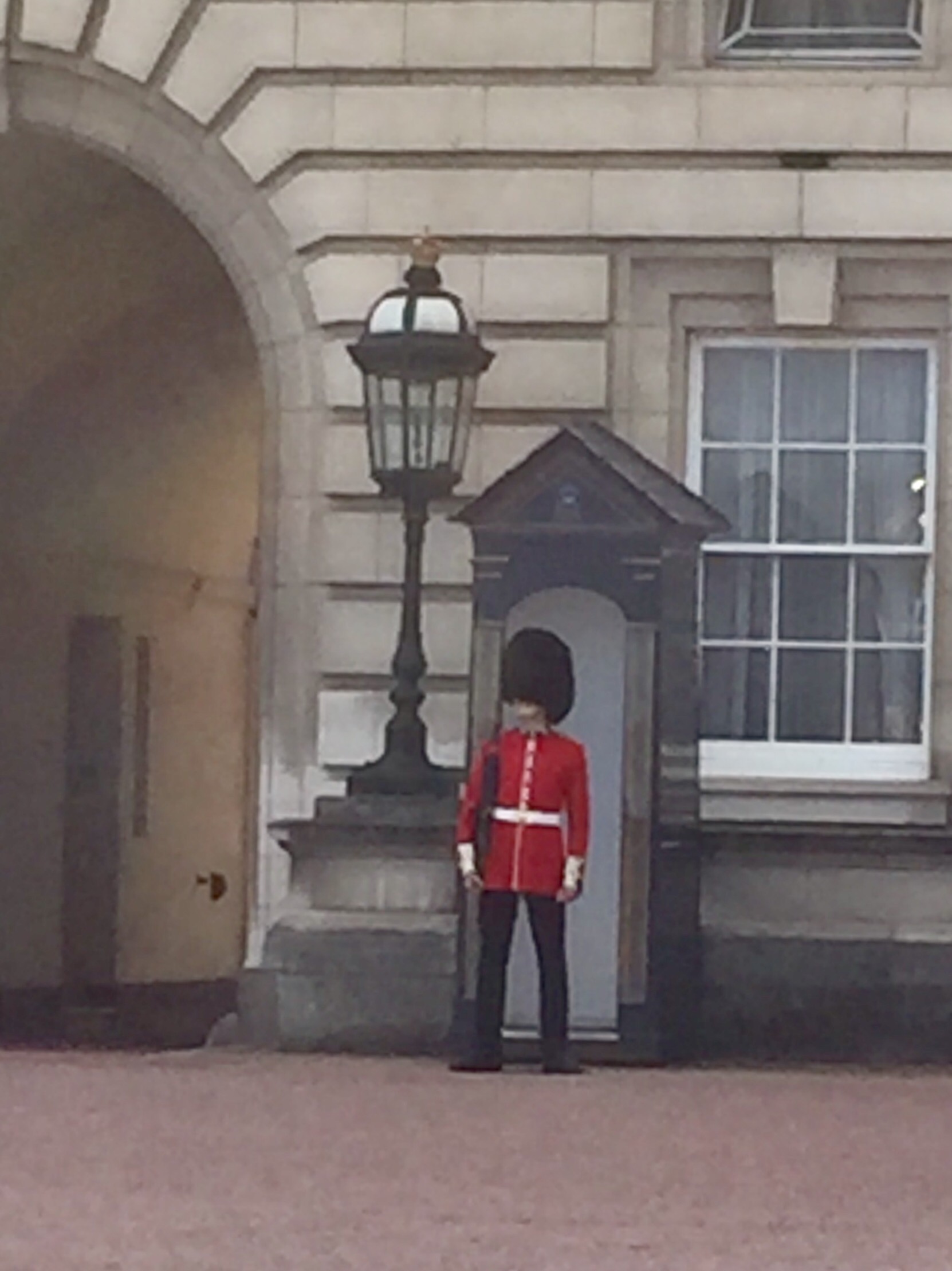 After all the amazing things I’ve seen this week, I can’t believe I teared up when I saw the guard at Buckingham Palace for the first time. It brought back memories of the A. A. Milne poem, which I think I first heard on Captain Kangaroo when I was a little kid. Suddenly I could picture Christopher Robin holding his nanny’s hand and standing on the same flagstones, a hundred years before me.

The continuity of history has been a running theme with me this week. From the table where the Bronte siblings wrote their masterpieces,

To the Oxford streets where centuries of scholars have walked, 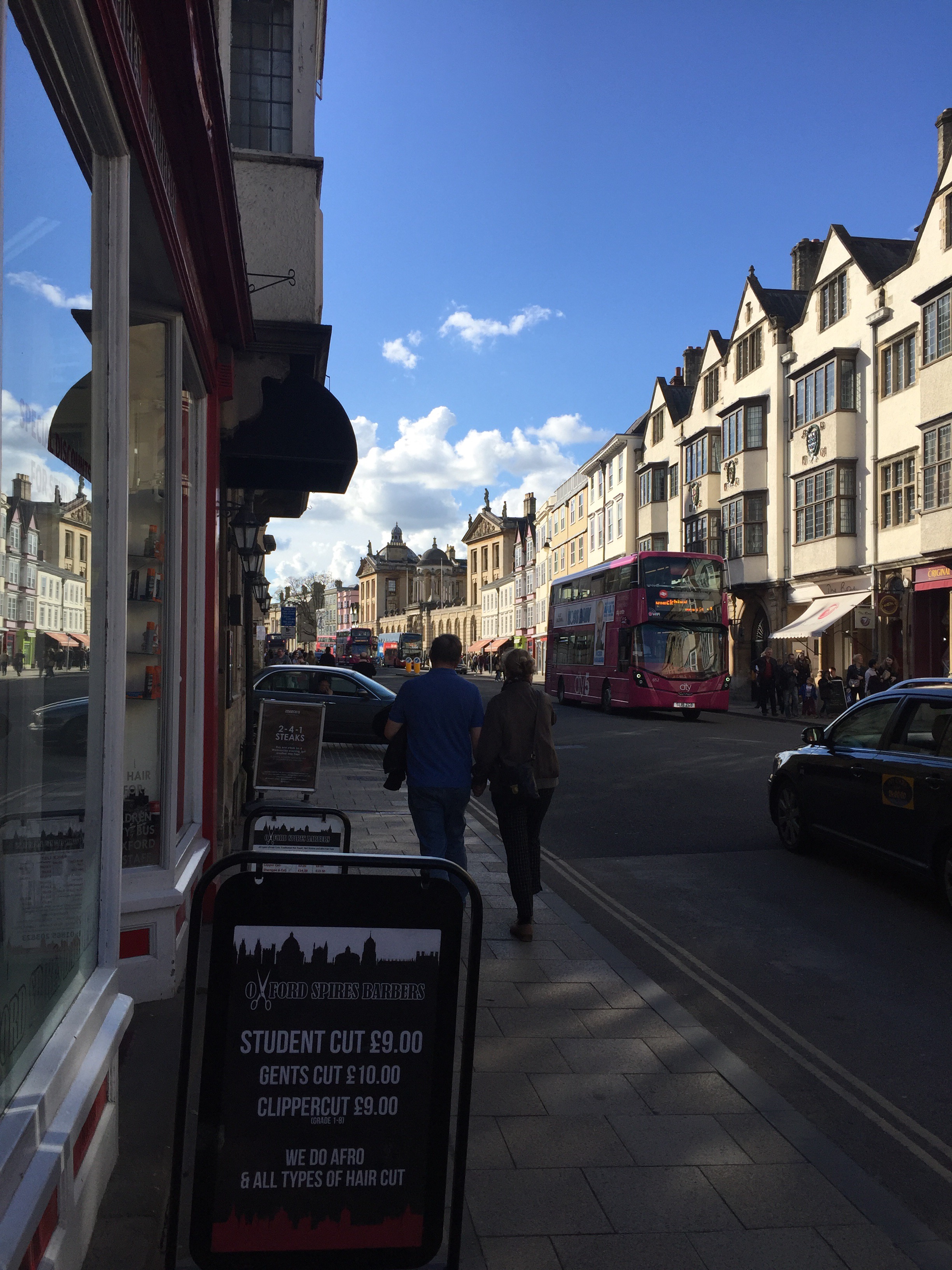 To Bath Abbey, home to the Christian faithful for nearly a thousand years, 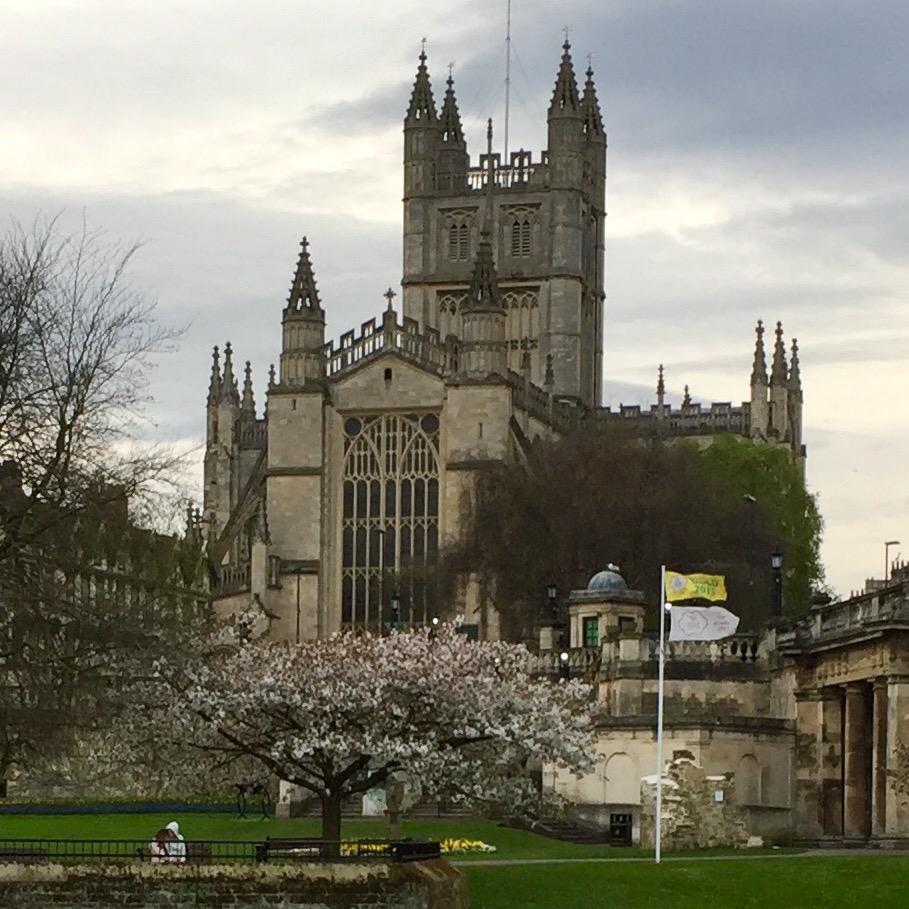 I’ve felt the weight of all the lives that have come and gone before mine. How insignificant is one life in the March of history! And how we all long for true significance.

Tonight is my last in England. Betsy and I will spend it in a hotel off Hyde Park, and early tomorrow morning I’ll head for the airport. Betsy has one adventure left before third term begins, a tour of Spain and Lisbon with a friend. Better her than me. I’m ready to stop dragging my suitcase behind me everywhere I go.

Thank you ever so much, England. Cheers.