Like so many good things in life, my best field trip in months happened by accident.

Yesterday, working against a self-imposed deadline, I wrote a blog post, but didn’t have any pictures to go with it. A photo of the Kansas prairie was essential to illustrate my theme, and I was running out of time.
“What do you have to do this morning?” I asked my college-age daughter as she came downstairs.
“Pack.” She’s going back to school today.
“Want to go on a road trip instead?”
“Sure!” She ran back up for her shoes, and soon we were on the road.

Given our time limitations, an actual photo of the vast Kansas prairie was out of our reach. We would have had to drive more than an hour to find the real deal, so I was willing to settle for a large farm field. We headed down the highway toward Lawrence, and took the Eudora exit. The land around Eudora looked just right: brown and frozen and lumpy.

The U.S. Mail slowed us down on the way into town, but that gave us a chance to look around. Eudora doesn’t make a smashing first impression, but we did pass a pair of well-preserved mid-century modern houses that gladdened my heart. When the mail truck signaled a right turn at the second four-way stop, we followed it, and found ourselves on the town’s short but charming main street. We continued out of town, and soon were smack in the middle of the prettiest January farm fields I could have asked for. Even the sky was blue, for once.

Betsy was the perfect companion. She didn’t bat an eye as I trespassed on farm land and shot frame after frame. She did squawk a bit when my U-turns felt too risky, but that’s understandable. Betsy has a bit of PTSD when it comes to putting cars in ditches.

Once I had the pictures I needed, I talked my daughter into doing a little exploring. First stop: The well-furnished playground at Sixth and Main with its colorful choo-choo train. 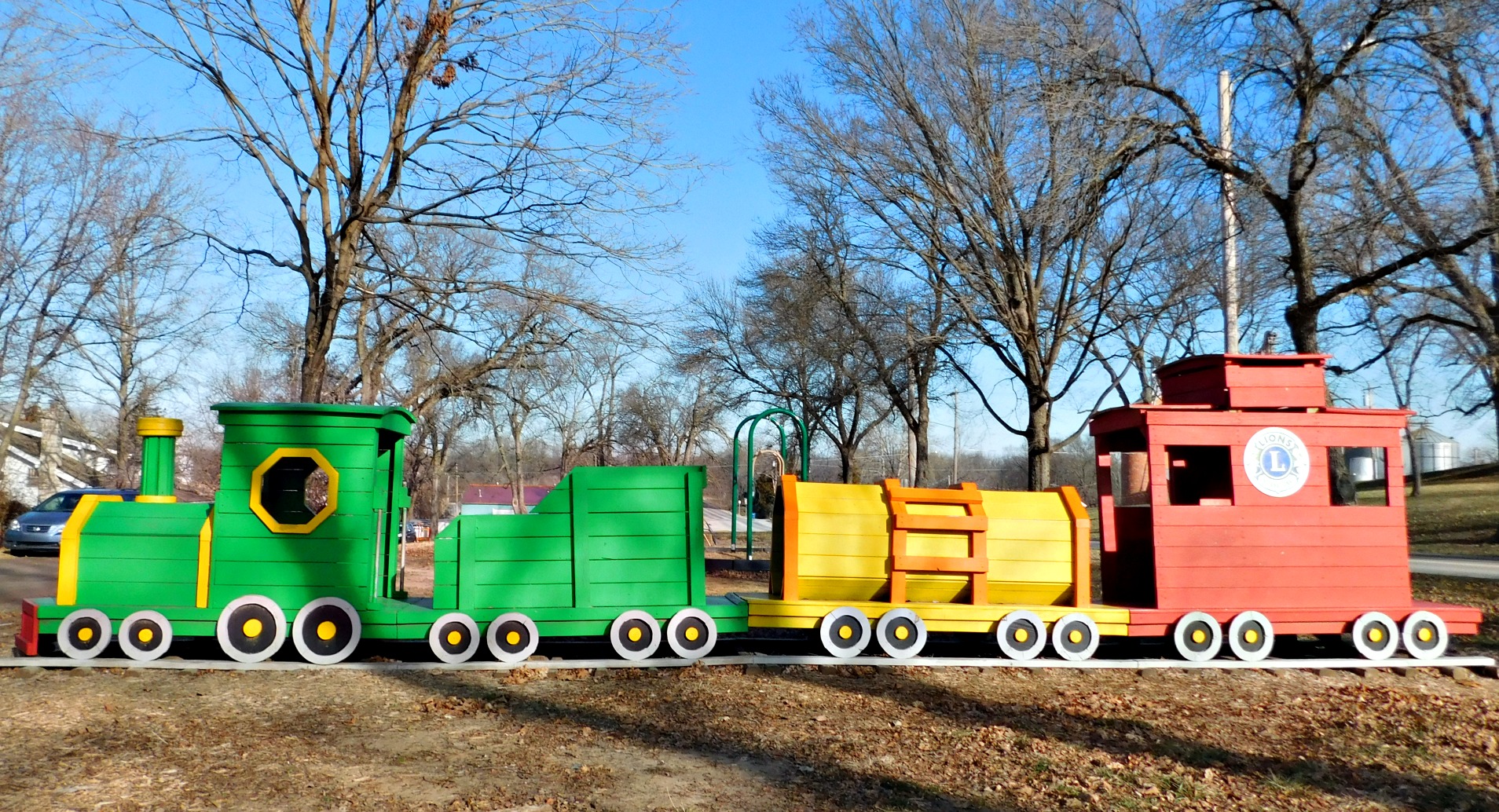 Across the street from the playground we found this Victorian beauty, the Charles Pilla House, built in 1894: 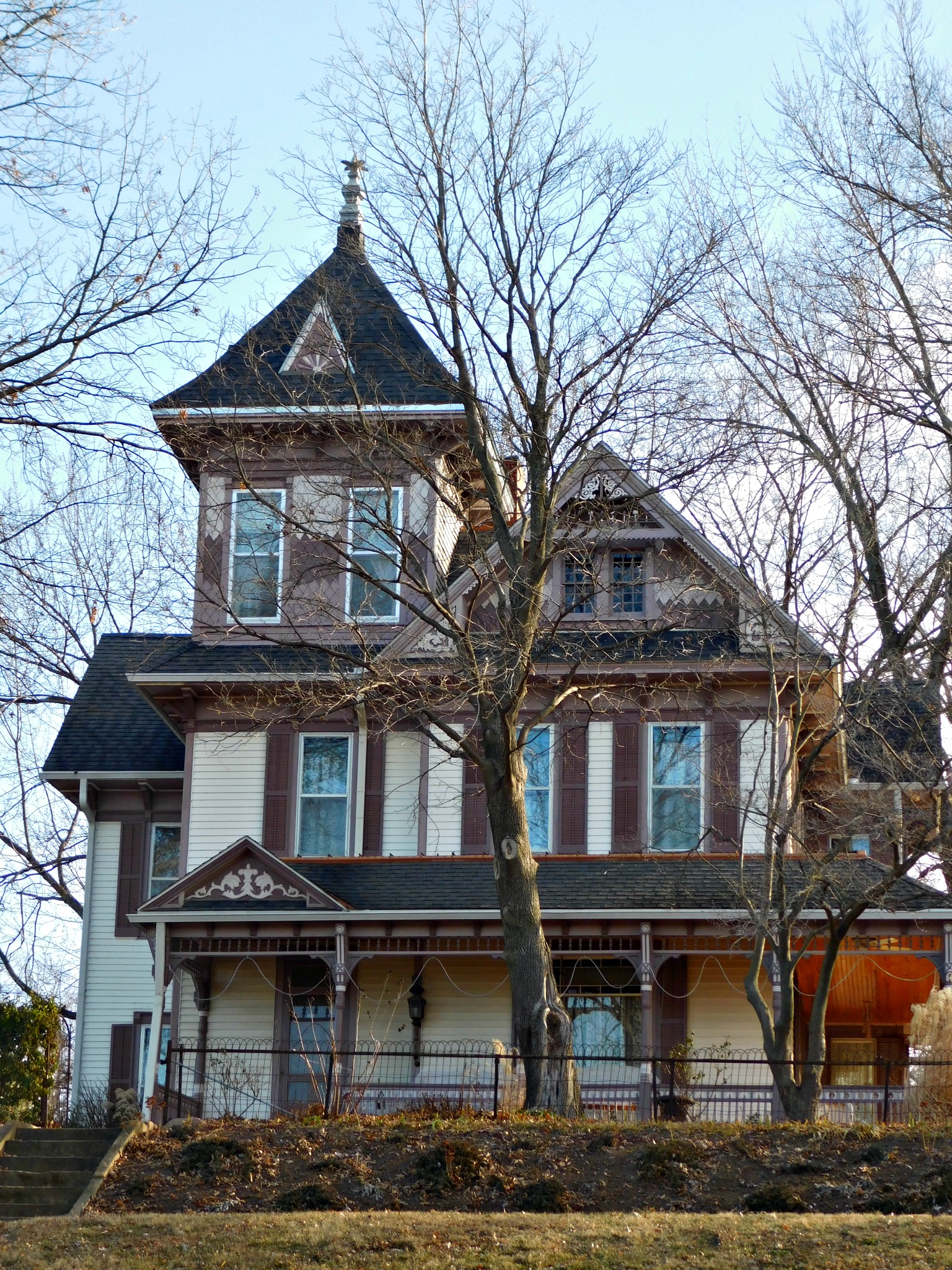 Wandering on down Main, we came to this fascinating sign. Kung Pao Enchiladas, anyone?

Sadly, Jasmin restaurant was not open, so we settled for pastries at Cami’s Cakes and Coffee. After we dusted the crumbs off our fingers, we examined a display of Kansas-themed mementos. This print caught my eye, along with its caption, ‘Papa don’t peach.’ 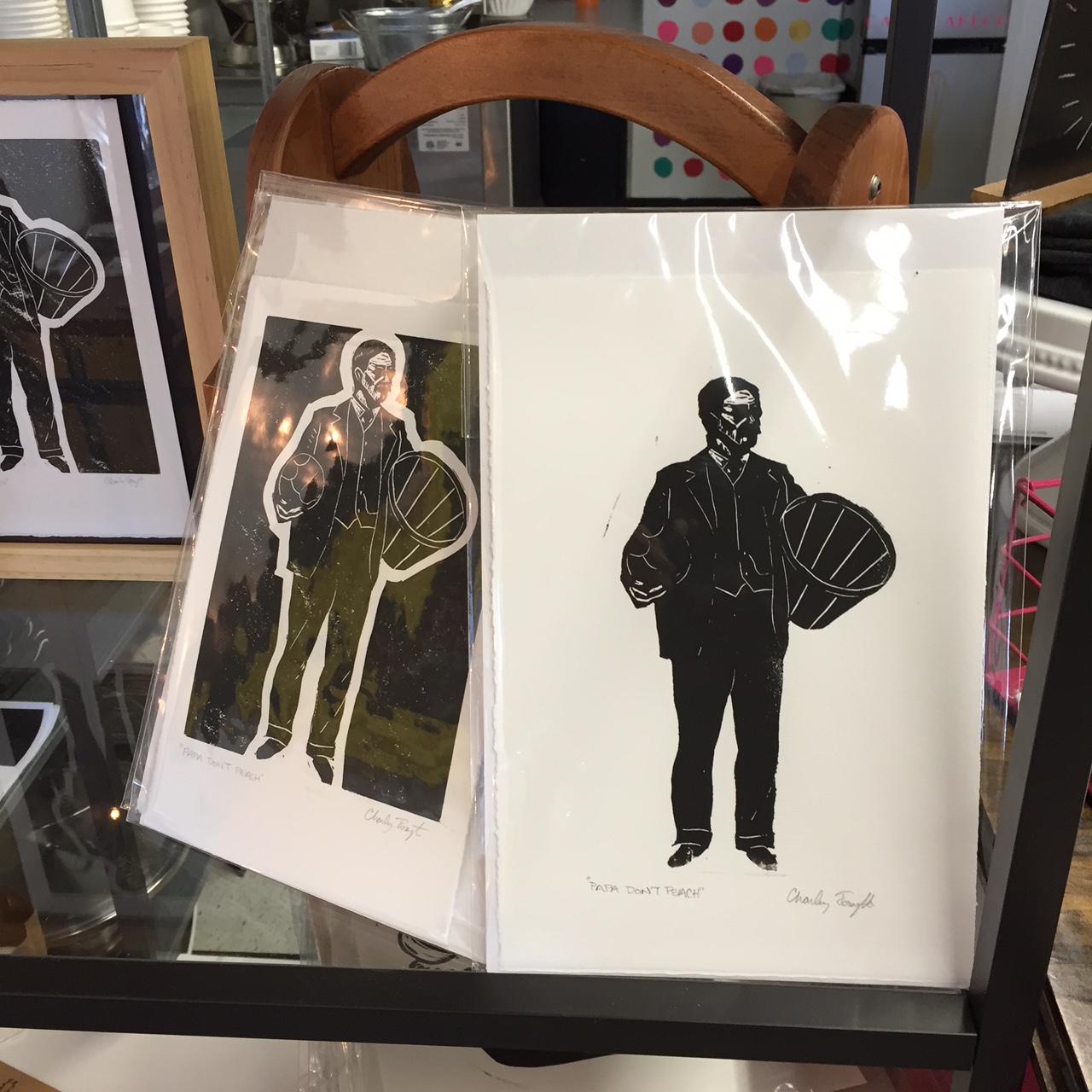 I turned to my child, eager to explain the joke. “Do you know who that is?”
“Of course I do,” she answered. “I grew up in Kansas.”
Sometimes I forget she’s all grown up.

The statue of Paschal Fish and his daughter Eudora was our last stop on the tour. Fish, a Shawnee tribal leader, was instrumental in the founding of the town, which was then named after his daughter. It was another unexpected moment: A dose of Indian history with our tour, and a charming father-daughter story.

“We probably set tongues a-wagging,” I said as we turned for home. “People must have wondered what we were doing taking all those pictures of little old Eudora.”

Betsy wasn’t convinced. Small towns probably don’t shock so easily in the age of the internet.

Blue sky. A small town with history. Time with my eldest daughter. Every moment a gift from God.