My friend April and I spent a June weekend exploring central and western Kansas. This post is a story from our trip.

As we made our way west, April and I found a few recurring themes to define our trip: One architectural, one cultural, and one philosophical.

Everywhere we went we noticed old brick filling stations that were still in good shape. None of them had active gas pumps, but many were still in use for other purposes. They were charming.

Hard-working young women waited on us in restaurants, conducted our museum tours, and sold us cold drinks at convenience stores. They were personable, knowledgeable, and above all competent. We wondered where the guys worked, until we got to Hays House in Council Grove. The young man who showed us to our seats fit the same mold. Let’s hear it for summer jobs!

We craved air conditioning. We chose an early June weekend in hopes of cool temperatures, but fickle Kansas betrayed us. The temperature exceeded 90 degrees every day. Every time we stepped out of the car we melted a little. A blast furnace of prairie wind did nothing to cool us off. So we greeted with some dismay the news that our first bed and breakfast did not have air conditioning. 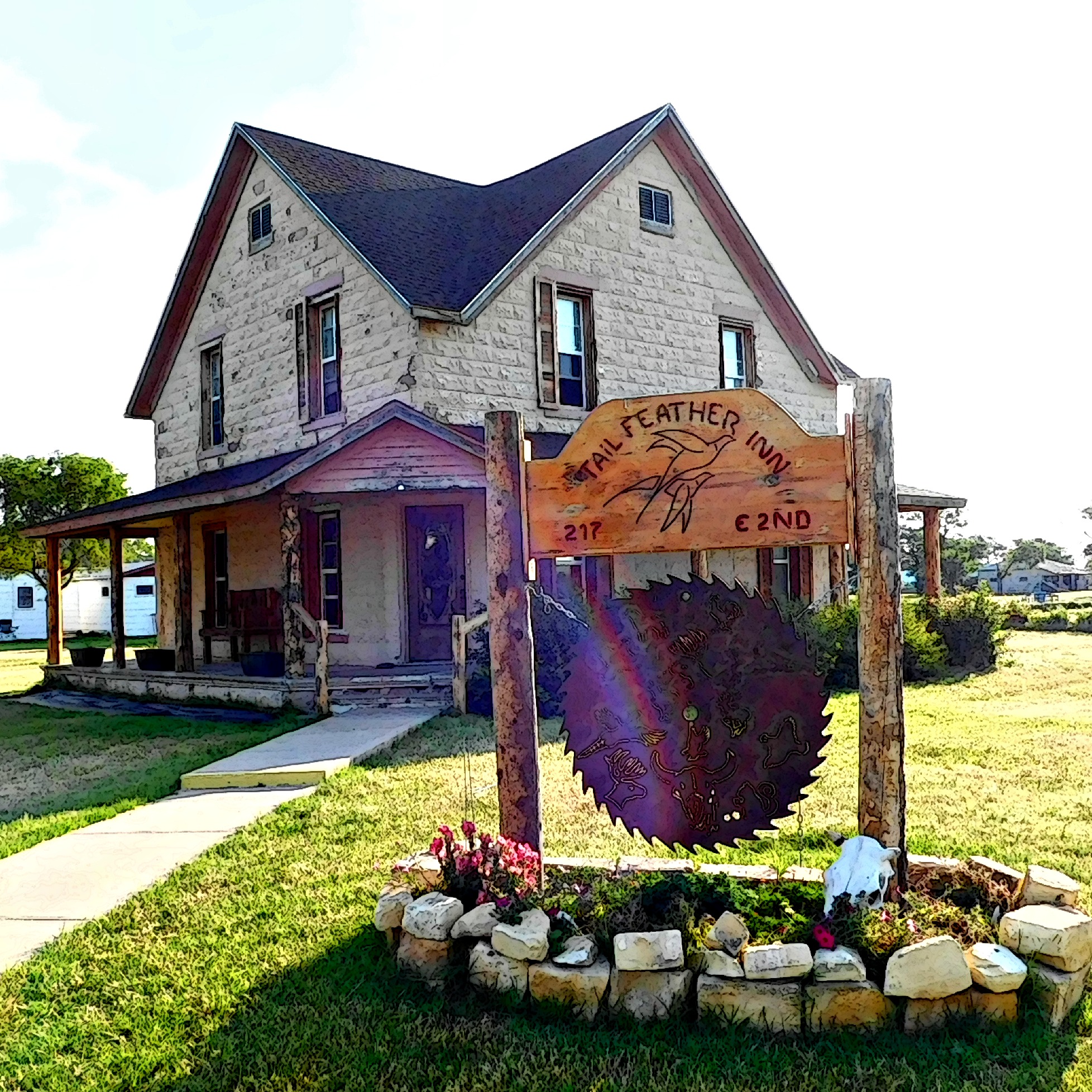 The old stone house in Grainfield was the only lodging for twenty miles, so when the innkeeper mentioned that little detail—window units would be installed the next week—we couldn’t pack up and move to a Holiday Inn Express. Instead we opened every window on the second floor and prayed for patience.

At 10:30, when we went to bed, it was 83 degrees outside and hotter in the house. An attic fan rattled and hummed in an attempt to draw cool air upward, but it didn’t have much to work with.

I drifted off waiting for the cross-breeze to kick in. I know I slept, because a train whistle woke me around 2 a.m. The air was cooler by then, but the full moon lit my side of the bed like a flashlight. I scooted over to the wall and willed myself back to dreamland.

As we left Grainfield the next morning, April and I discussed our ordeal. Both of us lived in houses without air conditioning as kids, at least part-time. Back then we acclimated to the heat without thinking much about it. We wondered briefly what the world was coming to, that we couldn’t survive one night in the natural night air. Then we decided to call ahead to make sure our next hotel had air conditioning.