Lessons from the Old Courthouse 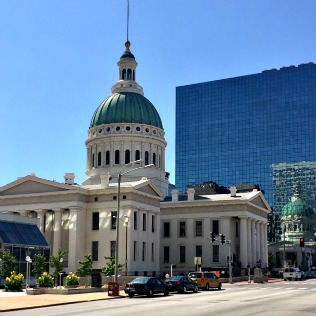 The beautiful Old Courthouse in downtown St. Louis is part of the Jefferson Expansion National Monument—commonly known as the Gateway Arch. The courthouse, a Greek Revival building with a central dome, is the oldest habitable building in St. Louis. I visited on a recent Saturday morning, expecting to admire its architectural merits. I came away from the experience with much more than I bargained for.

Because of its farming roots and Show-Me attitude, I tend to think of Missouri as a thoroughly Midwestern state. But to lump it in with its northern neighbors is to discount one important fact: Missouri entered the Union as a slave state. The history of slavery in St. Louis is highlighted in an exhibit at the Old Courthouse. Visitors can read about slave auctions and the punishments for running away, along with stories of the Underground Railroad, and slaves who petitioned for—and sometimes won—their freedom through the courts.

One such petitioner was Dred Scott. I recognized his name from high school history class, though I couldn’t remember why. After trying and failing to buy his freedom, Scott first filed suit at the Old Courthouse in 1847. His case was tried, appealed, and tried again through the court system until it reached the U.S. Supreme Court in 1857. The Supreme Court ruled that slaves could not be citizens, and therefore had no legal standing to sue. This decision inflamed public opinion and pushed the nation toward civil war.

The exhibit was fairly crowded the day I visited, and most of my fellow museum-goers were African-American. As we read disturbing stories of slave life in St. Louis and examined artifacts from the time period, I felt tension in the air. Parents hushed their children. People were overly polite. I accidentally bumped a stranger and we sprang apart warily. The hard history of racial oppression demanded a respectful witness.

The Old Courthouse is well-worth a visit. Stand in its center and look up into the spectacular dome. Admire two courtrooms restored to represent different time periods. Take a free tour, or wander the halls at your own pace.

But while you admire the building’s beauty, don’t miss the sobering history that played out within its walls. 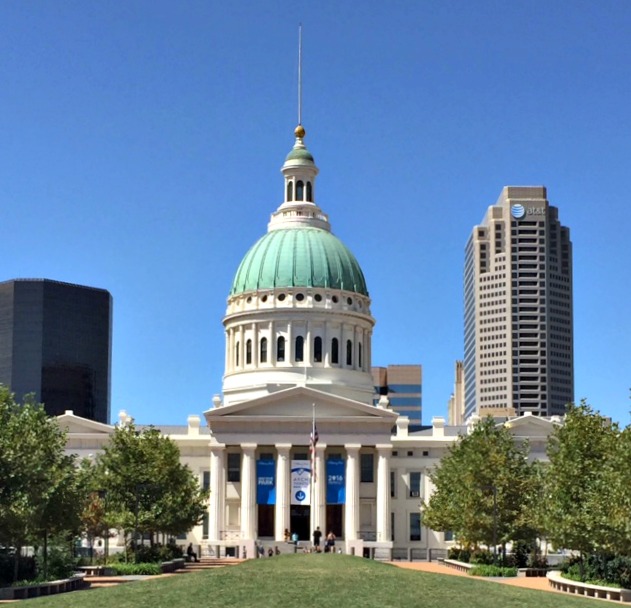