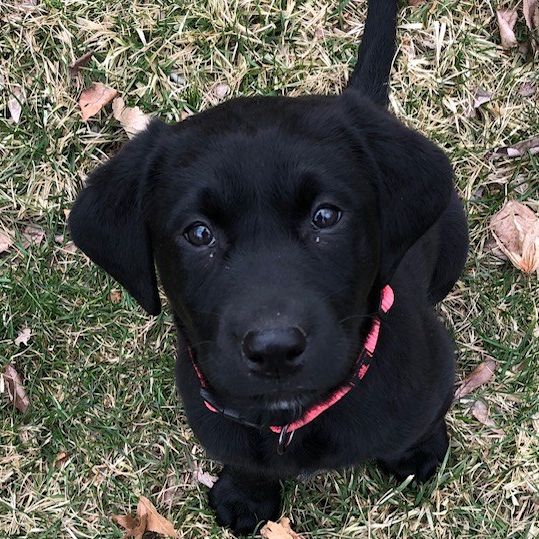 On March 21, 2019, Jon and I brought home an eight-week-old black lab puppy. Since then we’ve enjoyed sharing bits of her life on social media. Over the next few weeks I thought I’d talk a little more about Mamie here on the pages of my blog.

“A puppy! Are you out of your minds?”

I can’t count the number of times someone has said that to us since Mamie came into our lives. “You’re about to be empty-nesters,” they continue. “Why would you tie yourselves down with a dog?”

Let’s unpack that logic a little bit. First, the assumption that we are on the brink of freedom because our youngest is graduating from high school is a bit premature. Sure, he’s going away to college in the fall, but that doesn’t mean our parenting is finished. He’s going to need our physical (moving in), emotional (phone and text), and financial support to make a successful transition. Not a good time for us to go all footloose and fancy-free on the kid. We’ll be right here at home, most of the time.

Next, let’s look at the implication that pets are only for children. “Get a dog when the kids are young,” a friend told me long ago, “so it won’t outlive their time at home.”

Nonsense. Pet ownership is more than just a way to teach children responsibility. We’ve always found a lot of enjoyment in owning a dog.

Puppy training is hard work. We were too distracted to do it well when our kids were little. Only now that they’re self-sufficient do we finally have the time and attention to devote to the task. Besides, without kids to run after, we were getting far too sedentary in our habits. We needed a challenge to shake us up a bit.

We’ve had dogs before, but they were all slightly older. First came Baxter, the Basset hound/German Shepherd mix. Baxter was a stray, and he didn’t get neutered young enough so he marked every room he entered. One night when he was seven years old (we think), he refused to come inside from the back yard. He had injured his back, and it couldn’t be fixed. We said good-bye a day or two later.

The next summer we got Sadie, a six-month-old Belgian Malinois who didn’t make the cut for police training. Let’s just say Sadie was a mistake. If you want the whole sad story, you can read about it here. Make sure you’ve got a tissue handy.

Which brings us to Hobbes, the light of our lives, darling of our household. He was one year old when we adopted him, a black lab mix with too much energy and laser-like ball drive. Hobbes had terrible company manners, so during his time with us we didn’t throw a lot of parties. Right before Thanksgiving in 2017 the poor boy got sick, and then sicker. The vet said he had a mystery disease that affects dogs in the American Midwest. He was gone within a week.

Hobbes’ death nearly did us in. We thought we were finished with dogs after that. But over time the grief eased. I work at home, and like the company a dog provides. Jon finally has more time to devote to training. So we come to Mamie, a purebred black lab, the “most laid-back” female in her litter.

I’m sure glad we didn’t take the energetic one, because if Mamie is laid-back, then I’m the Queen of Sheba. 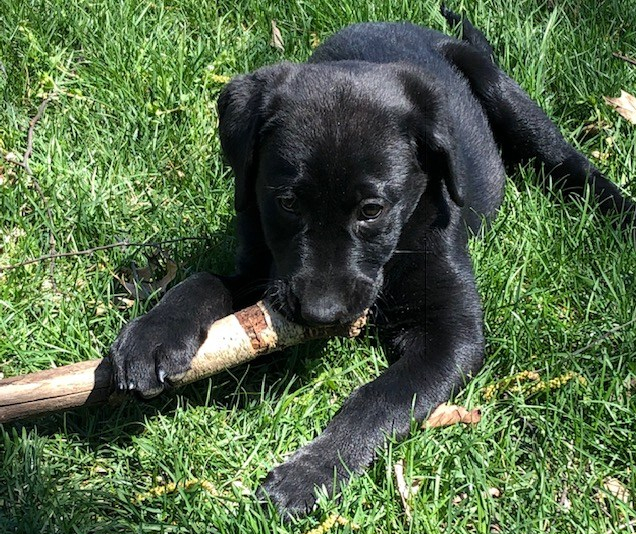