It was a small article in the local newspaper. At a community meeting, neighbors protested plans for a nearby subdivision. Common stuff, but the location of the fight caught my attention.

Every Sunday on my way to church, I drive down a country road bordered on either side by tall trees.  Their spreading branches form a canopy overhead. Behind the trees on one side stands a horse farm. On the other, separated by a drainage easement, suburban Olathe stretches for miles.

My road faithfully reminds me of every passing season. Frost turns the tree branches to lace on winter mornings, while spring paints them in pink, purple and white. Dense summer foliage casts deep shadows on the passing cars. Now, in October, the leaves are thinning out, making holes for the sunlight. Hedge apples litter the ground.

One friend, an engineer, doesn’t like my road. “It’s too narrow, there are no street lights, and it floods when it rains,” he told me. He’d like the city to widen it and install curbs.

He’s going to get his wish some day.

The folks at that community meeting were fighting over my road. A developer planned to replace the horse farm with a subdivision. He asked the city to rezone the land, which upset the neighbors. They didn’t want more housing nearby. Traffic would be terrible! And what about their property values?

The city rejected the developer’s request.

My road is safe, but only for now. Some day the right deal will come along. The horse farm will grow a crop of houses, and my country road will become a boulevard. They’ll cart the trees away as collateral damage.

Meanwhile, I savor the beauty. 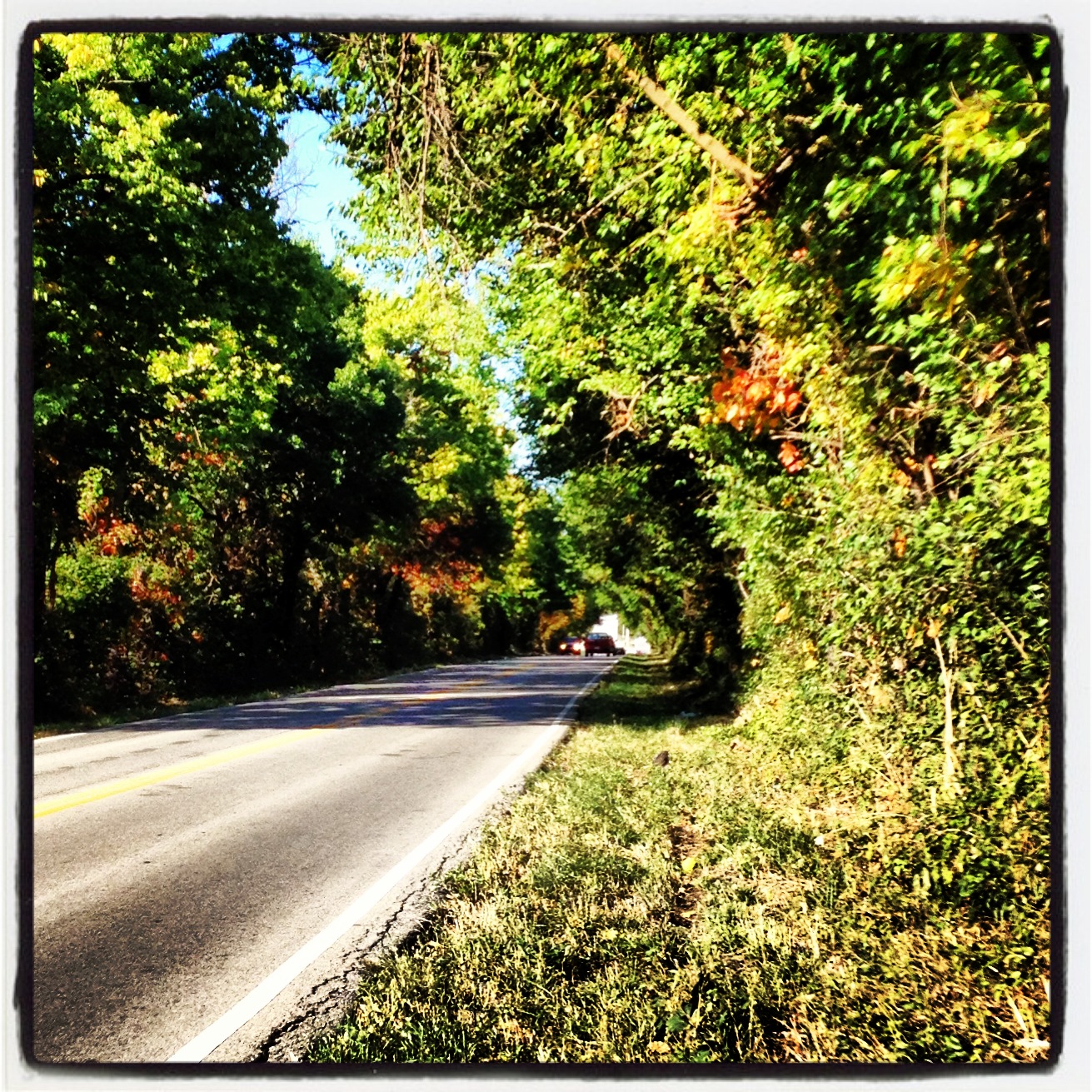