***Today I’ve asked my friend April to contribute a story of summer. April is a wife and mother of two girls, and writes from her home in Olathe, Kansas. Most important, she has season tickets to the Royals, and I do not.***

I think there are only three things America will be known for 2,000 years from now when they study this civilization: the Constitution, jazz music, and baseball.
– Gerald Early, American essayist and culture critic

As a child, long before I learned the concept of baseball as our nation’s pastime – or understood the game’s status in the American psyche, on par with mom and apple pie – it had an allure for me.

If I had been a Little League-playing boy, baseball’s memory would probably smell like leather and grassy outfields. It would feel like the snug fit of a leather mitt and a lingering sting on my palm after catching a sharp line drive. It would sound like cajoling chants of, “Hey, batter batter!” and “Good eye! Good eye!”

Growing up a non-athletic girl in far western Kansas, my childhood memories of baseball are different, but no less warm and profound. 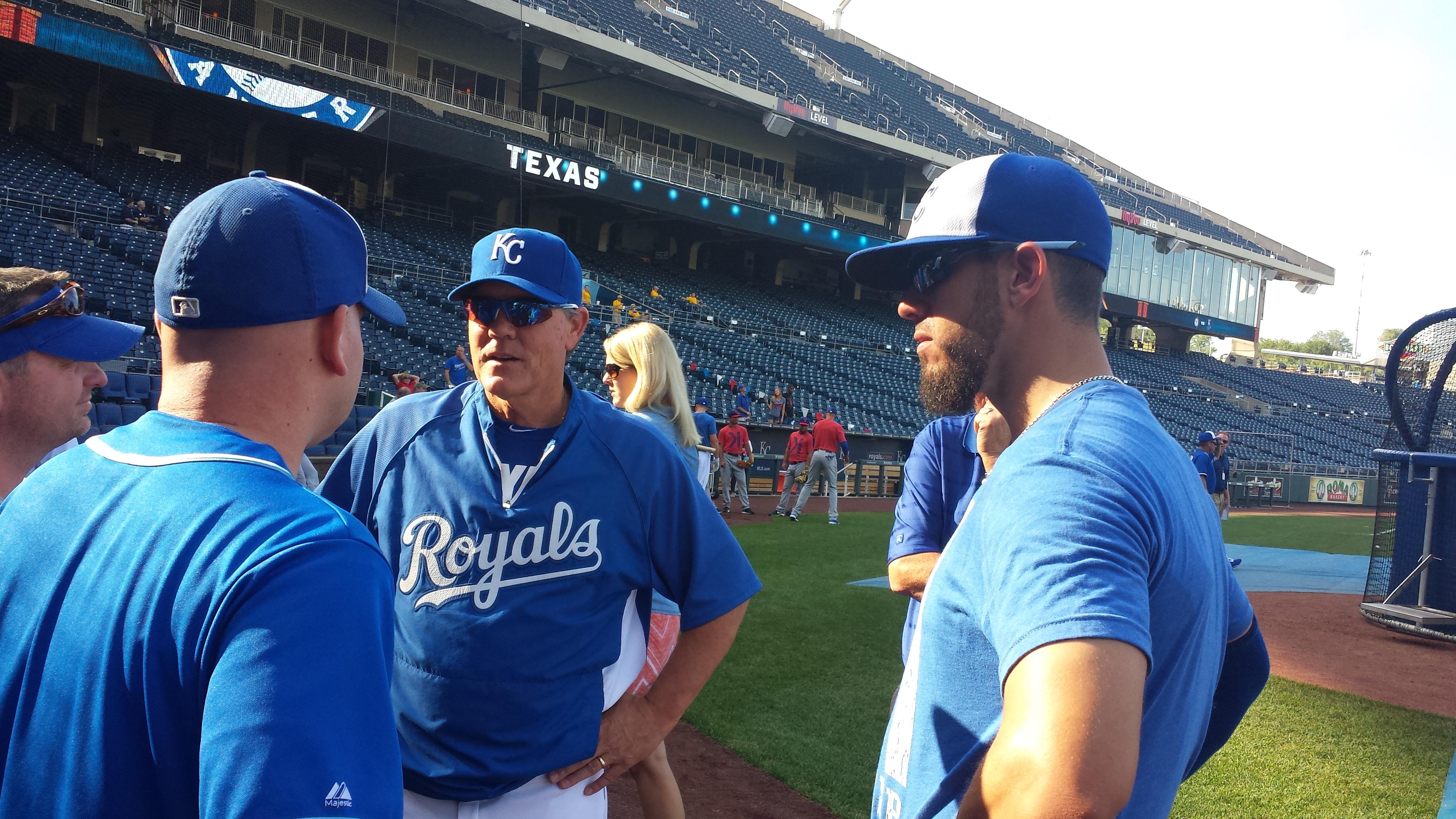 Lying in my darkened bedroom – sent to bed too early to fall asleep – I sometimes tuned in the Kansas City Royals games on my clock radio. I didn’t grow up in a sports-watching family, but as I lay there on stuffy, windless summer nights listening to the Royals play-by-play, I felt connected to something deeply, uniquely American. All across the Midwest, faceless boys and girls, swing shift workers, and lawn-chair lounging dads were listening to announcer Denny Matthews describe the exploits of Royals greats like George Brett, Frank White and Dan Quisenberry.

Not long after I started tuning in (and drifting off to sleep) to an occasional Royals game, our family took its first real summer vacation, a road trip to Kansas City in the mid 1980s. It was filled with many firsts, each more “totally awesome” to my middle-school self than the last:

To save on parking, we walked from the Adam’s Mark to the stadium, dodging cars as we crossed over I-70 and the busy Blue Ridge Cutoff intersection. We made our way to the bright orange stadium seats, delighted to realize they were situated directly behind home plate, just halfway up the field-level section. 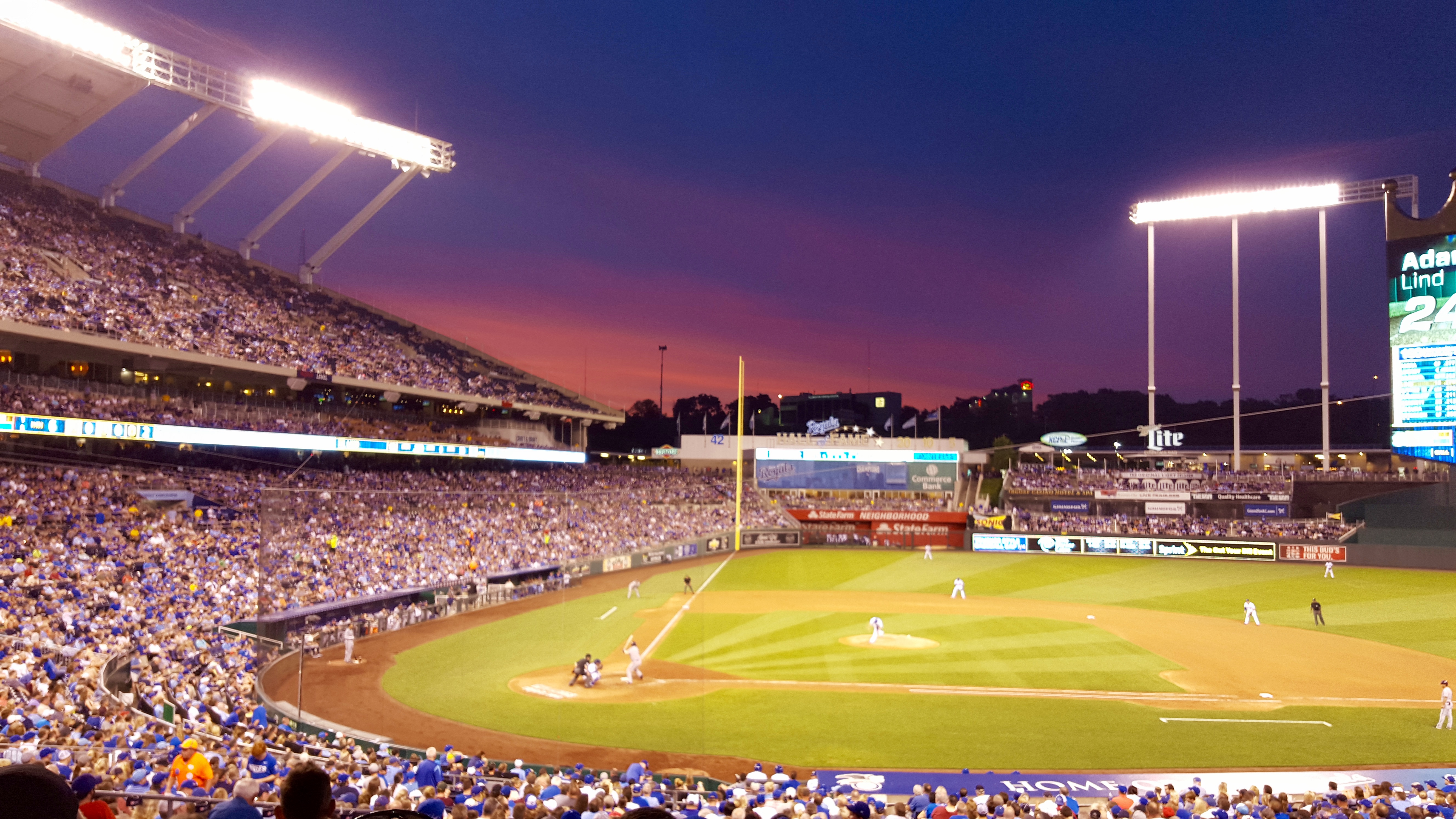 There was so much to take in. I took snapshots with my Kodak disc camera of the cascading fountains framing the crown-topped video board, and when George Brett (George Brett!) came to the batter’s box, I crept to the lower section to snap even more photos. I had my first experience with ballpark food, and suddenly the taste of a hot dog with sauerkraut and ballpark peanuts melded into my sensory associations with baseball.

The Royals won the World Series within a year of my first visit to the stadium, but as fans know well, the team entered two decades of almost continuously losing seasons. Through it all, I attended at least a few Royals games per season, never getting tired of participating in something so distinctly a part of being a Midwesterner – so American.

Last fall, the Royals suddenly, amazingly became exciting again, and fans were rewarded with a magical run all the way to Game 7 of the World Series. This year, we became first-time season ticket holders, splitting a four-seat season package with friends and family.

Sitting in the stands this summer, game after game, I’ve felt a whisper of something warm and true. A happiness remembered and a connection to something long and lasting. Our girls are with us at the games now. For the most part, they’re watching the action on the field, their attention turned away from their iPhones for a few moments.

They’re building their own memories of baseball. I hope someday, when they hear the crack of a bat at the ballpark on a warm summer evening, they’ll recognize they are a part of something special…and smile. 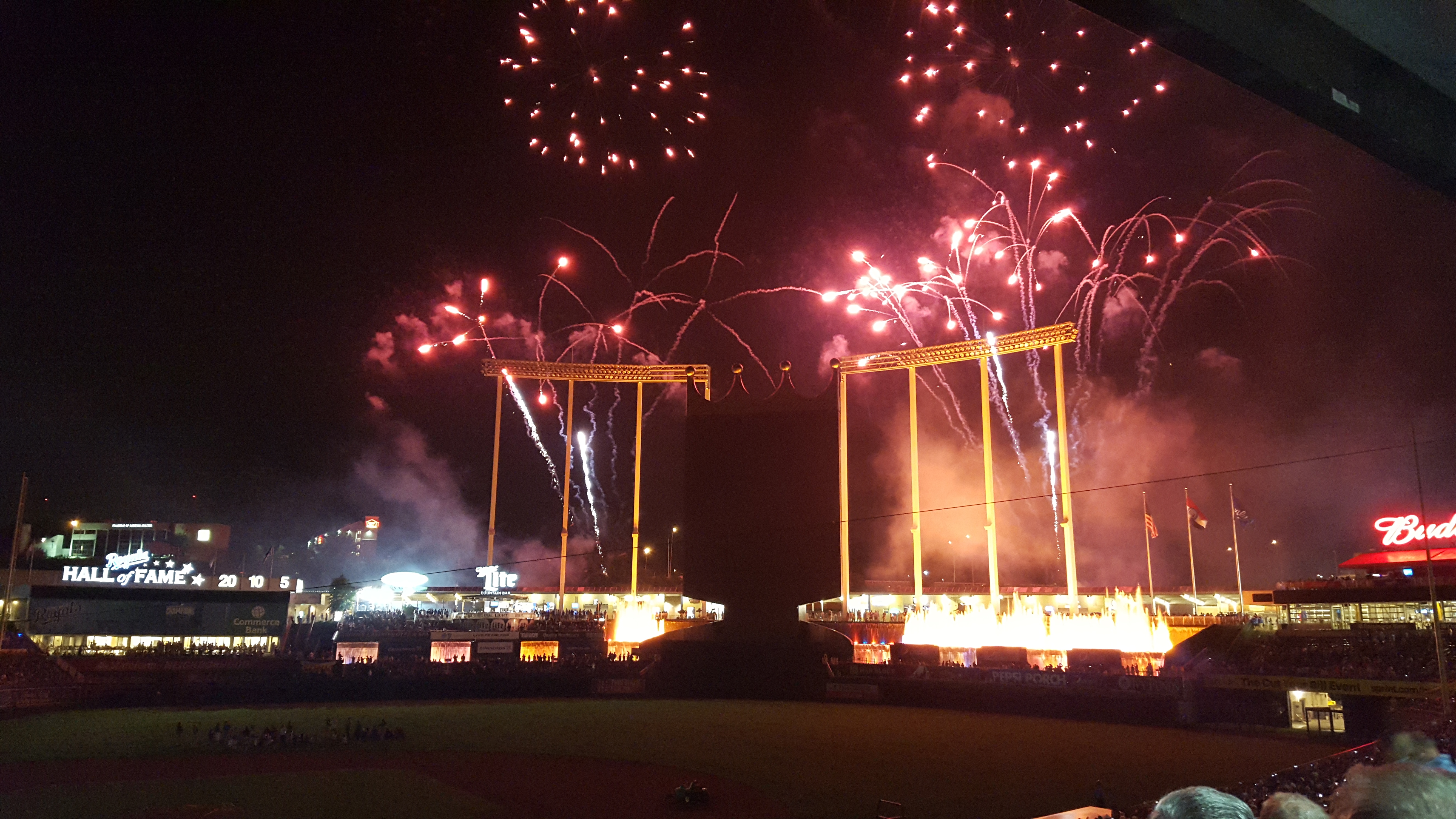 April Hansen holds degrees in journalism and English, and has worked in higher education as a writer, editor, designer and fundraising professional. She writes from her home in Olathe Kansas.