You can do that in a library? 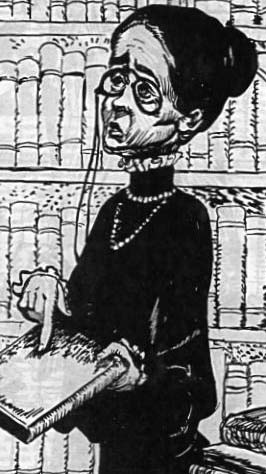 What’s the first word that comes to mind when I say library?

Hint: If you said any of those words, you’re reading the wrong blog.

I love libraries: the scent of paper, the orderly book displays, the laughter of children at story time. Libraries have been a constant in my life. But I’ve never experienced one quite the way I did recently.

Last Saturday night, I attended a wedding in a library.

In 1886, Col. James Abernathy and James Lombard opened First National Bank in Kansas City. After twenty years, the bank outgrew its first two buildings, moving in 1906 to an imposing limestone edifice at the corner of Tenth and Baltimore. It was grand in the style of a hundred years ago: Marble-lined walls, graceful chandeliers, and stately columns defined the main lobby. The president’s office featured Camodillo mahogany from Peru. I’m not sure what ‘Camodillo’ means; even Google wouldn’t tell me. But it sounds expensive.

The bank thrived for another eighty years, then it merged with another bank, and merged again and yet again (the 1990s weren’t a good time to be a local bank), until at last the building was deemed unfit for banking, and closed its doors for good.

That’s when something magical happened. 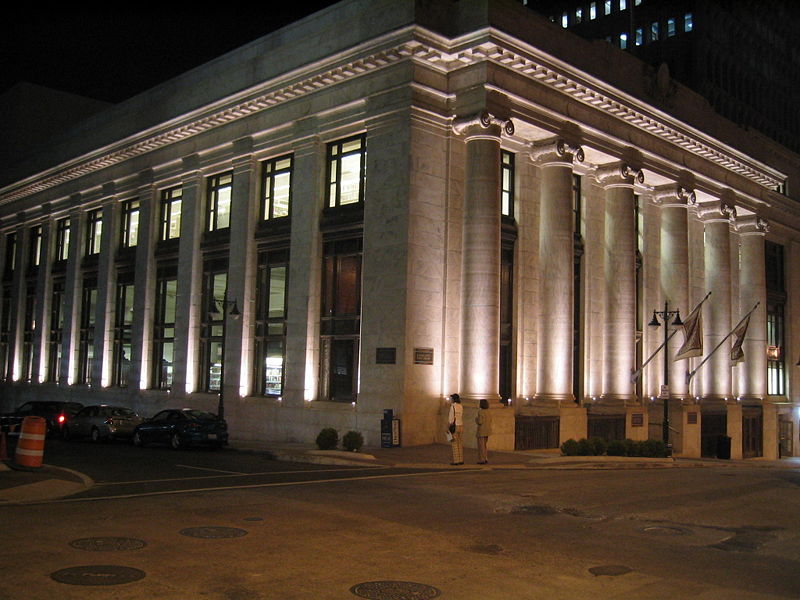 In 2004, the former First National Bank became the central branch of the Kansas City Public Library.

And oh, glory! What a library it is! Four stories of books for all ages and purposes, meeting rooms, a special collections room, and a career services center. But the library’s quirkiest feature is the former bank vault in the basement, home to its audiovisual materials.

It was an evening wedding. Rain tapped the windshield in a steady rhythm, so my husband dropped our friend Lisa and me off at the door before he parked the car. We walked between six outer columns, up granite steps and into the warmly lit library, where young women in party dresses tended the guest book, and young men in suits waited to escort us to our seats. Magical.

Round tables lined the extra-wide center aisle, where both the ceremony and reception would take place. We settled in at a table on the left, among other friends of the bride’s family.

The effect was delightful. To our right, wedding guests congregated. To our left, rows of books called our names. We stood to watch the radiant bride, supported on her father’s arm, glide down the marble floor to her waiting groom. They held hands beneath gold lettering that spelled out “Kirk Hall,” and made earnest promises to one another, sealing the covenant with a loving kiss. I teared up at the timeless beauty of the ancient ritual.

Then came toasts and dancing and food and laughter. A buffet table stood near the library entrance, laden with savory treats. Nearby, the Recommended Reading shelf held delectable slices of wedding cake. The buffet line was long and snarled, and while I waited I glanced through the tall windows that lined the west wall.

The dreary rain had given way to swirling flakes of snow.